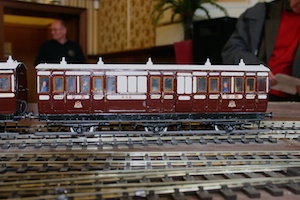 Development of these carriages dates from Dugald Drummond's arrival at St. Rollox in 1882, at the time when the Caledonian Railway had an urgent need for new coaching stock; it is presumed that Drummond's forceful nature was instrumemental in persuading the board to authorise new carriages to be built.

The design of these carriages was closely based on the Drummond's design presviously used on the North British and became the basis on which subsequent designs would be based.

Construction of the new carriages was quite rapid at first but had slowed by 1889 when new bogie stock started to be introduced. Many of these coaches were still in regular use with the LMS in to the 1930's

The kits include etch brass body and chassis and white metal castings. The kit is supplied complete with the exception of paint and transfers and it also is supplied in a box suitable to store the completed model. All 6-wheel coach kits include a flexible chassis designed for track down to 4'6" (1379mm) radius.

Following variations will be available:

In addition to the 10 different sets of etched body kits, the following coaches can be built from them:

Please note coach diagram numbers are based on the numbers used throughout the Caledonian Railway Association "Large" book. We recommend that any one building our coaches kits will find "Diagrams of Carriages " (Small Book), "1924 LMS Carriage Diagrams Book - CR Section" (Large Book) and "Coaching Stock Register" a very useful resource which can be obtained from the Caledonian Railway Association along with other useful resources listed at http://www.crassoc.org.uk/cra/node/22 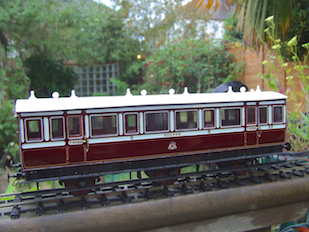 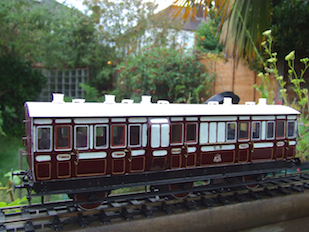